In Champions of Rome video slot, there are several features including Free Spins and a Bonus Game feature. There is 3 high paying symbols in which are the Gladiators; Mace, Trident and Swords. When 2 Free Spin Symbols lands on the reels, one of the following gladiator feature will trigger:

Players can buy in to the Bonus Game Feature by paying 1,000 coins to buy Free Spins. When the Bonus Feature is triggered, the player will get the option to choose:

During the free spin battle the Gladiators gets the chance to defeat the Beast symbol which awards an extra free spin round and can lands on either the 2nd, the 3rd or the 4th reels.

You Must Be 18+ To Play Champions of Rome Slot For Fun!

Base Game Preview of Champions of Rome Slot 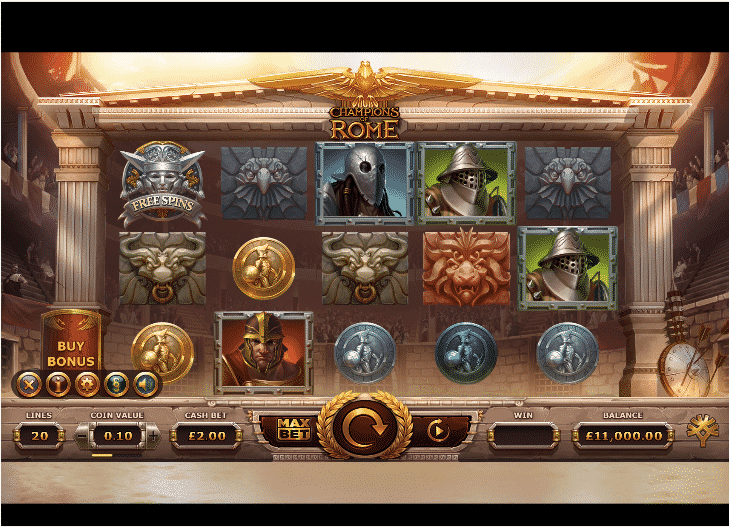