The end of 2015 is near and Netent lost no time in announcing the game releases for the 1st quarter of 2016.

Netent announced that they were working on the new game, which is based on the Rock band Guns & Roses since January 2015. We have finally got the official date of the release! Guns and roses will be available on online casino that provides Netent games on the 21st of January 2016! 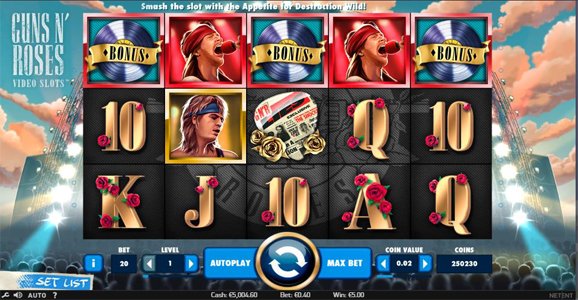