Tiger’s Glory is the latest video slot released by QuickSpin, released on the 13th of November 2018. The theme of Tiger’s Glory is set in epic times of the Gladiators during the Roman Empire. The highest paying symbol in Tiger’s Glory video slot is of course the Tiger, followed by the purple and blue Gladiators which give the same payout amount and then the green and turquoise Gladiators. The lowest paying symbols in this slots are the 9, 10, J symbols. Players can get into free spin mode when 3 or more Bonus Symbols appear on the reels.

While spinning the reels in free spin mode, a battle between one the Gladiator and the Tiger might occur. If the Tiger symbol is enlarged the Tiger wins the battle. When the Tiger wins the battle, the symbol locks in its position through out the whole free spin rounds. The first Enraged Tiger on each reel that wins a battle awards one extra free spin in which players can win up to 6 extra free spins. There is also a wild symbol that exchanges in all other symbols with the exception of the bonus symbol to generate the best winning combination on the reels. Are you ready to step into ancient Rome and fight the battles, in this case, the Tiger is your best chance to increase your bankroll with the highest possible win. We all love tigers don’t we! 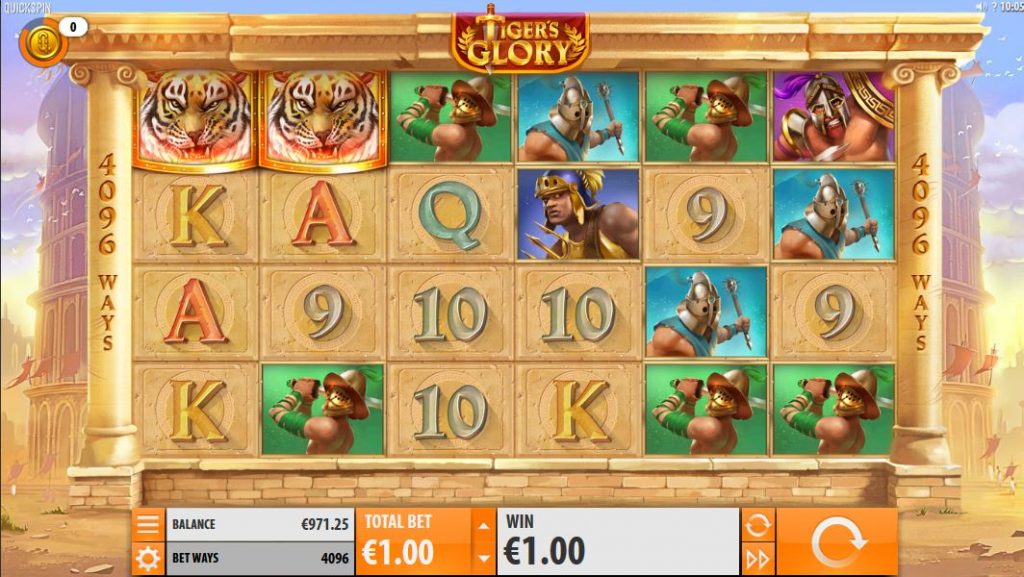