Netent releases another galactic video slot, that has a very unique interface. Wild Worlds™ video slot will take you to a journey to save the Worlds, with the help of the fellow creatures that will assist you with your mission. Wild Worlds™, as said is quite different from the slots that Netent usually develops, in fact it looks a bit like an arcade game rather than a video slot. Having said that, Netent still kept some great features that are available on other popular games within their catalogue, including the Cluster pay mechanism which is also available on Aloha video slot and some others! When a paying combination is formed, the symbols are removed and other symbols fall down to replace them, which in Netent terminology is the avalanche feature, and is also available on the popular Netent video slot Gonzo’s Quest!

Wild Worlds™ is a 5 x 5 video slot with cluster pay and avalanche mechanism. To form a paying combination, three or more matching symbols must land on the reels. The theoretical payout percentage of Wild Worlds™ video slot is set to 96.47%, with a maximum possible win of 2,500 x the bet amount. Players can choose to bet from as little as 0.20 up to a maximum of €400 per spin or equivalent.

There are several game features in Wild Worlds™ video slot, including; Destroy Feature, Hero Wilds and 3 Free Spin Worlds. The Destroy Feature is activated when there is no winning combination, one of the heroes will assist the player, by destroying all the symbols except for one colour to give space for a second chance to win! 8 Free Spins are awarded when 3 scatters land on the 5×5 reels.  As stated there are 3 Free Spin Features, and to move from one free spin round to another, the captains and then the boss must be defeated. When the captain is defeated 8 more free spins are awarded, and the player will move to the next level or the next World. The World are the following:

Wild Worlds™ video slot can give you a longer playing time, considering that to terminate the whole free spin rounds one must go through 3 different Worlds. This slot will be ideal and probably popular with players that like to have a lot of action and activity while spinning the reals. Wild Worlds™ video slot was released by Netent of the 9th of April 2019!

You Must Be 18+ To Play Wild Worls Slot For Fun! 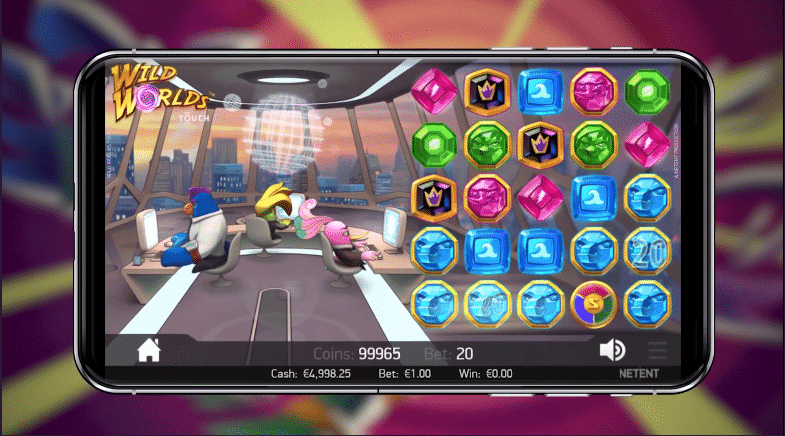 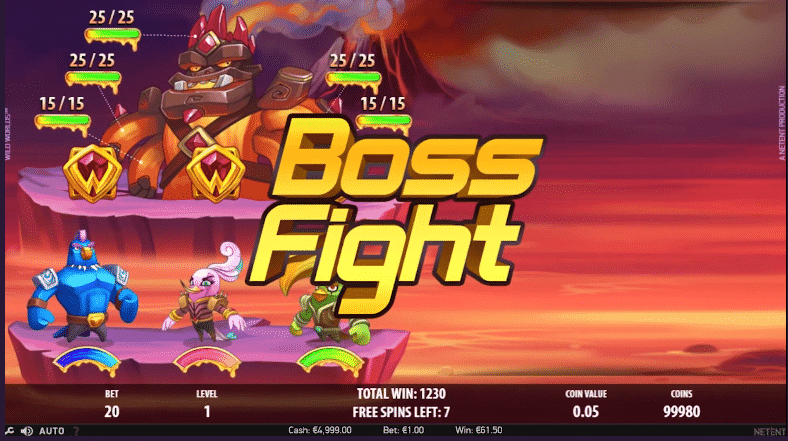