Netent releases another brilliant slot, Wonderland Protector video slot. If you have played Wild Worlds video slot, which was released in April 2019, you will immediately notice the similarities. Well as a matter of fact the mechanics are more or less the same,  but with different symbols. From space explorers to cute and colourful wizards that battle their way against the five-headed dragon.

Wonderland Protector video slot comes with a 5×5 playing grid which is available on the right side of the game, while on the left side, the 3 wizards are gathered around their cauldron. It is quite clear that Wonderland Protector is a remake of Wild Worlds slot. In fact only thee graphics are different, yet it can still be quite appealing for those players who prefer playing in this fantasy Zenga look like characters. There are in total 25 different symbols that falls in an Avalanche mode. To form a winning combination a cluster of 3+ of the same symbol must land adjacent to each other. The symbols are then removed to make space for other symbols to fall.

In Wonderland Protector slot players will find the same game features as in Wild Worlds including the Destroy Feature, Hero Wilds and 3 Free Spin Worlds. The Destroy Feature will activated when there is no winning combination, one of the wizards in this case will destroy all the symbols except for one type to give space for a second chance win! 8 Free Spins are awarded when 3 scatters land on the 5×5 reels.  As stated there are 3 Free Spin Features, and to move from one free spin round to another, the captains and then the boss must be defeated. When the captain is defeated 8 more free spins are awarded, and the player will move to the next level or the next World. The World are the following:

Wonderland Protector™ has cleary an Asian design which can be appealing for various Asian players but also for other players across the globe. If you are a big fan of Zelda or other Manga cartoons, you will surely appreciate the theme of this slot. The theoretical return to player is set to 96.47% which is slightly higher than the average. The Avalanche reel mechanism is very appreciated by online slot players and so is the Cluster winning combination. Overall I think that the concept of this slot suites perfectly, perhaps even better than the original.  We let you be the judge! If you like Wizards themed slots, you may also like – Wild Cauldron by Quickspin – Demo Available! 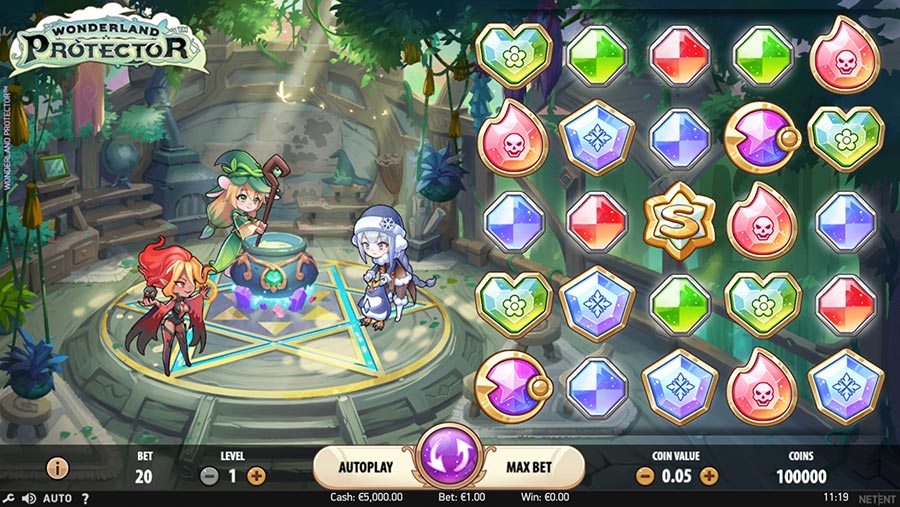 4.2/5
15 Free Spins on Starburst
This review was written by Marie Smith
This is Marie here! A slot and casino games enthusiast. I've played and reviewed various online casino games to offer our visitors the best insights on the most popular games - www.cybercasinoindex.com