Netent releases Arcane Reel Chaos™ video slot that is themed on super heroes and a super villain as the main characters. Deep Pockets is filling the villain role in this video slot and is terrorising a whole city with his mischievous ways, and it’s up to the Flare, Chronos, Zero.x and Psyop, the four heroes that are standing up against him to fight the good fight. Arcane Reel Chaos™ is a 5-reel, 3-row, with 20 fixed paying lines video slot, with a theoretical return to player percentage also known as RTP set to 96.81% and the highest coinciding win is set to 1212.5 times the bet amount. The minimum bet available starts from as little as 0.20 up to a maximum bet of €200 or equivalent. As always, Netent video slots are packed with game features and certainly Arcane Reel Chaos™ is none the less. Each super hero will bring his or her own powers to help players can trigger the  following features while spinning the reels: Stacked Wilds, Multipliers, Multiplying Re-Spins and Overlay Wilds.

While spinning the reels during the base game, one of the super heroes can appear and perform their power to grand a random feature to the players:

Three or more scatters will activate the Free Spin Rounds. During the Free Rounds a battle will take place between Deep Pockets and the Super Heroes. The battle can continue for 5 rounds and n each level the multiplier will increase:

Netent has released Arcane Reel Chaos™ on the 16th of May 2019, and we are expecting the super heroes enthusiast to enjoy fully this game. Sign up and send us your feedback on the latest video slot releases! Comment on your favourite and least favourite casino games! 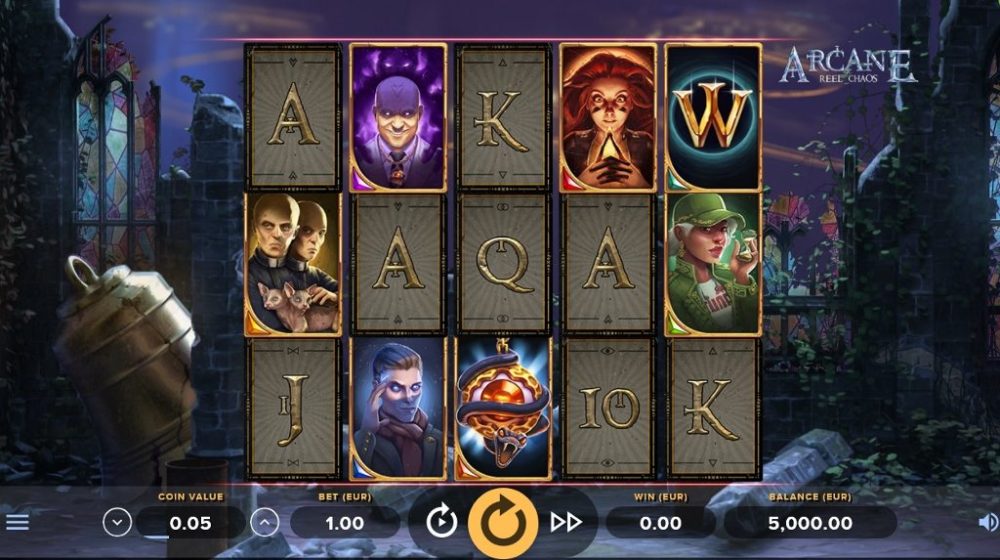