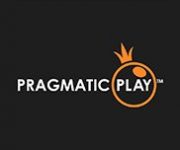 Pragmatic Play™ offers a wide range of online casino games for both mobile and desktop users. The technology used by Pragmatic Play allows the players to have the same experience on all devices. Their games are available in 26 different languages and reaches out to 78 different Countries.

Visit Casino
Up to £50 Welcome Bonus!
Review »
UKGC (+2)
NetEnt (+11)
18+, T&Cs Apply
18+ Only. Select welcome bonus from deposit menu before first deposit of min £20. Offer expire 7 days from registration. For every £100 wagered £5 will be credited. Max bonus is £50. Wagering on Sportsbook must have odds of min. 1.80. This offer does not apply to wagering on certain games. Terms and conditions apply. Please gamble responsibly, www.begambleaware.org

This website uses cookies: Find out more.
Thanks for subscribing! Please check your email for further instructions.