Chibeasties II theme is based on a psychedelic magical forest with adorable game characters ever. This is the 2nd version of Chibeasties and has several game features in 4 different game modes, each of which has a unique wild feature and the potential for wild mutations. The game was released by Yggdrasil Gaming on the 23rd of March 2017.

Before players start to play, they get to choose one of the following realms: The Expanding Realm, The Spreading Realm, The Teleporting Realm and The Mirroring Realm. The player has the option to change the realm feature at any time during the base game. In the Expanding Realm, wild symbols expand to cover the whole reel, which increases the chance of the combination. During the Spreading Realm mode, up to 4 random wild symbols can land in any position! In the Teleporting Realm, Wild symbols change position with other symbols to produce the best possible winning combination. In the Mirroring Realm, Wild symbols are mirrored against an X and Y axis which cuts through the middle reel and the middle row creating up to 2 new wilds. The Wild Mutation feature can be triggered on each spin with wilds present on the screen during the base game. After the wilds perform their own realm feature, they can all transform into wilds from another realm and carry out the feature of that realm. Free Spins symbols with wild mutation can trigger up to 30 Free spins.

Recommended: 10 Free Spins on Book of Dead – No Deposit Required! 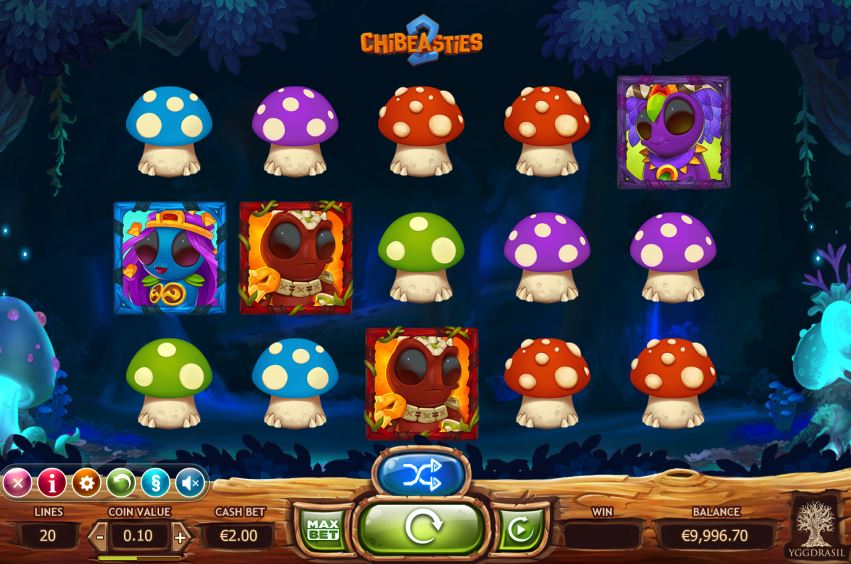