Netent announces the release of Druids’ Dream video slot, this time the theme is based on the ancient Celtic culture. Druids enjoyed a high ranking position within the Celtic culture and had a prominent position within society as religious leaders, medical professionals, political councillors and a legal authority figures.  One can say that a Druid was highly regarded and looked upon as a very knowledgeable person. The Celtic culture dates back to the Greco-Roman era, regarded as Paganism in which they believed in several gods, including the goddess of nature known as Ana, Danu or Dana.

Druids’ Dream is a 5 reels, 4 rows with 40 fixed paying lines video slot. The symbols are based on the Celtic culture, in which we’ll see a white wolf, the owl, several engraved stones in different colours and an imprinted bear paw drum. The variance of Druids’ Dream video slot is set to low-medium and the theoretical payout percentage, also know as RTP is set to 96.00%, which is lower than the average. Players can choose to bet from 0.20 up to a maximum bet of €400 or equivalent. The main game feature of this slot is definitely the stacked wilds which can unlock the free spin rounds. The maximum possible coinciding win is set to 200 times the bet amount.

Netent was the first game provider that elevated the game features of online slots by introducing several bonus functions as well various type of mechanism, including Avalanche reels, Stacked sticky wilds and many more. Druids’ Dream has indeed some classic features which are quite popular among casino slot players, including; Stacked Wilds, Respin, Free Spins and Reel nudge. The Stacked symbols can appear on the 2nd and 4th reels, while normal wilds can appear on the 1st, 3rd and 5th reels. The Stacked Symbols can become sticky wild symbols. If there is no scatter symbols in the stacked wild, the nudge feature may trigger.

As always, the quality of Netent video slots is very high, especially when it comes to the game design and functions. The theme of this video slot is very similar to Secret of the Stones, released back in October 2013. A new enhanced version called Secret of the Stones Max will be released on the 20th of February 2020. Unfortunately Druids’ Dream has a lower RTP, in fact lower than the average slot powered by Netent. I was a bit disappointed to see that even the volatility of the game is set as low to medium variance. The highest payout, which is set to 200 x the bet amount is also a bit low, and may discourage players from playing this slot rather than other games powered by Netent.

You Must Be 18+ To Play druids Dream Slot For Fun! 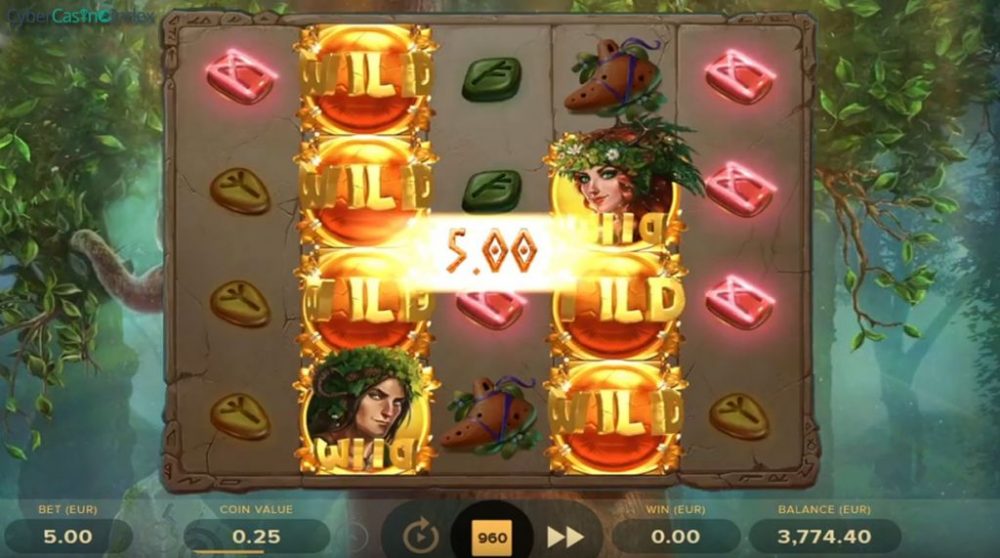