Through some sort of communication, one must have used some sort of emoji to express or emphasis feelings through Twitter, Facebook, Skype, Messages, Email or the countless other communication options. There use to be around 100 emojis, but today’s day one cannot measure the amount of these small pictures people go crazy about, independently of the age! Emojis didn’t go unnoticed with Netent, so they decided to take it to the next level and create a planet in which all these emojis live, and wrapped it up in  video slot machine! Emoji Planet is a 5-reel, 6-row video slot uses the Cluster Pays™ – such game feature is available on the popular slot Aloha Cluster Pays™, where emojis cascade down in an Avalanche™ which is the same game feature available on Gonzo’s Quest! Players can collect Cluster Pays to fill the Emoji meter which triggers the game features. There are 5 different features that can be triggered when collecting Emojis: The Bomb Feature, The Pizza Feature, The Kiss Mark Feature, The Rocket Feature or The Two Hearts Feature.

Emoji Planet video slot has been officially released by Netent on the 23rd of August 2017!

Preview of the base game of Emoji Planet™ 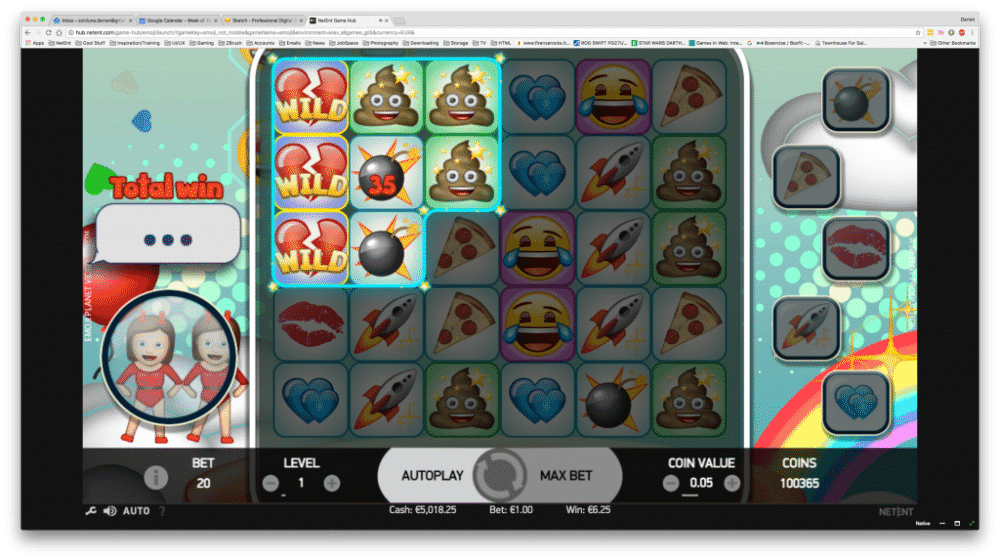