Players will start their journey in Paris and then move to the next cities by completing the 4 different Free Spin modes. After each Free Spin mode, a map appears with the player’s current location and will be able to choose the city he/she desires to visit next. There is 4 distinct wilds in Orient Express video slot. Wilds can appear randomly during the base game or Free Spin mode. Wilds are represented by a train themed character or item, and they have their unique animation. There is also a multiplier feature within this video slot that can multiply the player winnings up to 5X! The walking wilds are randomly generated during the base game. It grants a re-spin by moving to the left of the adjacent reel. Another wild can appear during re-spin. While on free spins mode the Walking Wild has a higher hit frequency, so expect the unexpected… The Multiplier clock appears after a winning spin to grant a win multiplier which can vary from 2x-5x. The Wild Reels expands vertically to cover 1-3 reels in both base game and free spin mode. Random Wilds that looks like postcards can be granted while spinning the reels! Players can receive between 2-12 postcards (random wilds) during the base game as well as free spins mode!

Orient Express video slot has 5 reels, 3 rows and 20 paying lines with a theoretical payout percentage set to 96.20% and a maximum coinciding win set to €115,000! So start your ride and explore these majestic cities! Orient Express was released on the 30th of November 2017.

Preview of the base game of Orient Express by Yggdrasil Gaming 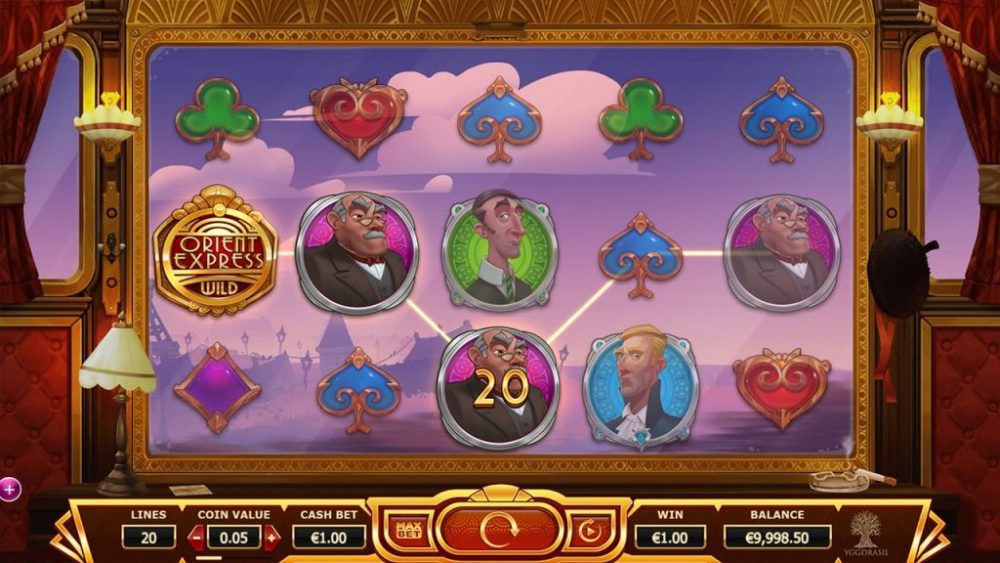