The hype of the Megaways video slots seems to continue to rise and we are seeing more popular slots transformed with such mechanism. Netent started with Piggy Riches Megaways, followed by Gonzo’s Quest Megaways for which they partnered up with Big Time Gaming. Twin Spin Megaways, this time will use only in house developers and therefore the first Megaways slot creation. The original Twin Spin had made a big hit when it was launched back in 2013, and even till this day, it remains a very popular game among many slots players out there. Simple, colour and somewhat traditional slot might be reason why so many players keeps enjoying to spin on it. Let’s uncover what the new Twin Spin Megaways has got to offer.

It is very clear that Netent has kept a very familiar look to the original, and the player will definitely feel that 70’s disco feel while spinning the reels. Bright colours, funky music in the background and of course the thousands ways to win. One can say that Netent has gone big with this development to offer a better player experience overall. Twin Spin Megaways™ offers 6 reels and up to 7 symbols on each row. Yes, that’s right! Each row may split between 2 t0 7 symbols and when all rows are to their full potential, the ways to win will increase to 117,649.

When it comes to game features, the player will find all the classics available on the original Twin Spin slot. That includes. the Twin Reel Feature, Free Spins, Wild Multiplier, Avalanche reels topped up with the random reel modifier of course the Megaways mechanism. let the glitz and shiny reels take you to a new level of online slot experience. It is obvious that Netent has aimed to offer a great new version of the original. As in it’s predecessor, the Twin Reel feature will replicate the same symbols on 2 adjoined reels, add the Megaways to it, and you can get a chance to combine a great win. The Avalanche reels, available on many other great slots will remove the winning combination symbols to allow more symbols to fall.

I think this time, Netent has got it all covered. Keeping the same player experience of original and taking the new enhanced Twin Spin Megaways to a higher level. The hit frequency of the free spins is quite low, but of course a very welcomed feature to the game. The maximum coinciding win was also pumped up and increased from 1,080 to 10,000x the stake amount. The return to player percentage is set to 96.02%, which is pretty average when compared with other Megaways slots, while the volatility is set to high.  I believe that, overall, the Megaways mechanism fits perfectly with this type of video slot. It adds more to it, but yet, the combination works in a superb way. It might be one of the most popular Megaways slot that Netent has released so far!

You Must Be 18+ To Twin Spin Megaways slot For Fun! 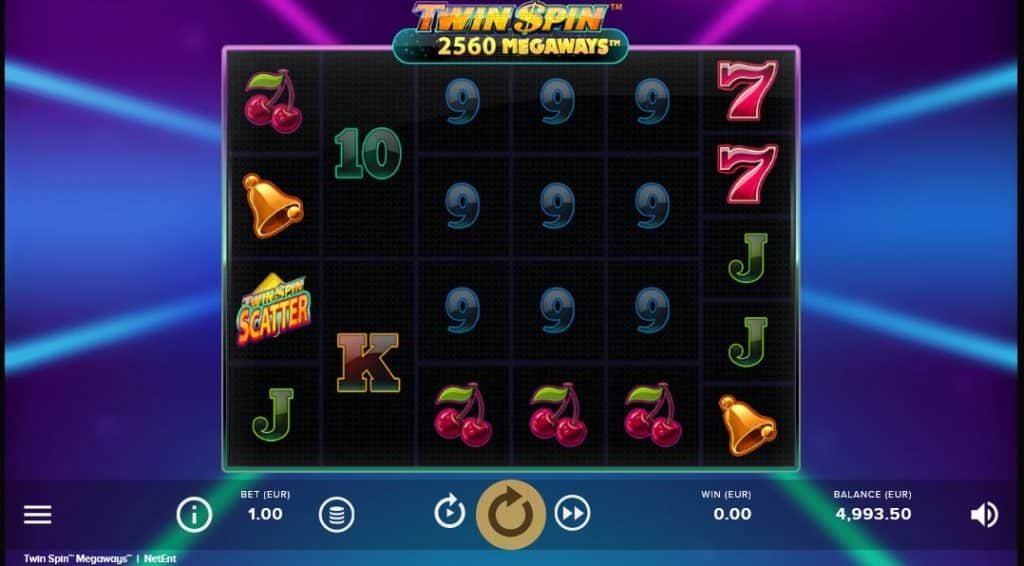 4.6/5
15 Free Spins on Starburst
This review was written by Marie Smith
This is Marie here! A slot and casino games enthusiast. I've played and reviewed various online casino games to offer our visitors the best insights on the most popular games - www.cybercasinoindex.com