Winter Berries™ is a vibrant Slot created by Yggdrasil Gaming which quite recently been developing high quality online casino games.  The theme is based on frozen and colourful winter berries with the Freeze and Re-Spin mode & Column Multiplier. When the player  hits 3 symbols of the same kind the game freeze and re-spin again holding the winning symbols. If more symbols of the same kind lands on the reels the re-spin will be retriggered.

There is only 7 different Berries in Winter Berries video slot so the probability to get matching symbols is quite high. This video slot is one of the very first casino games released by Yggdrasil Gaming. It doesn’t have so many game features, but it is surely one of the games that can keep you spinning the reels. The theme of the game is set in the cold icy winter, which makes it a perfect slot to play during the Christmas holidays!

Overall the quality of the game is excellent, very easy to understand and can generate good rewards. The theoretical return to player percentage is higher than the average slot and it is set to 96.70% (RTP).  Winter Berries™ video slot was released by Yggdrasil Gaming on the 14th of January 2016! 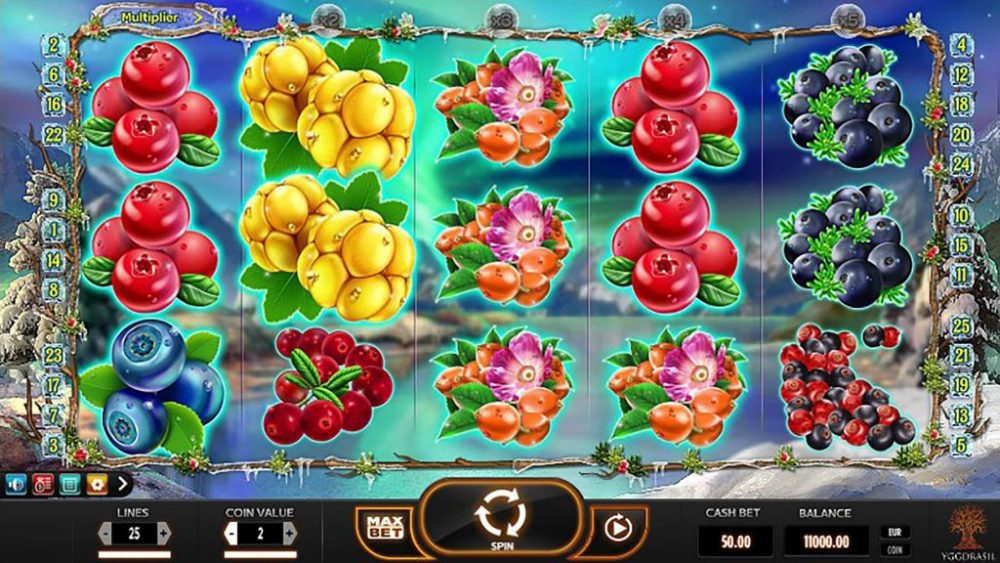