Kings of Chicago™ Video Slot powered by NetEnt remains one of the most popular games due to its 97.8% which is the 2nd highest RTP percentage following the popular game Blood Suckers.  The return to player percentage is theoretical and is calculated on a large amount of bets placed on the platform. Playing on a high RTP game does not guarantee the player any winnings. The maximum payout is quite high and by playing at the highest possible bet, players can win up to €200,000 or equivalent on a single spin!

Kings of Chicago™ is an innovative blend of a video slot with traditional poker hands. Conventional slot symbols are  replaced by the characters found in a deck of cards. To win it requires that Poker Hands appear along 5 bet lines. To add to the excitement, a single Joker card is shuffled in and doubles the wins when it completes the winning hands. Players can trigger Free Deals, which features a x2 multiplier on all wins. Kings of Chicago™ video slot was release by Netent on the 10th of August 2011.

Payout on Kings of Chicago™

Game Features of Kings of Chicago™

Preview of Kings of Chicago™! 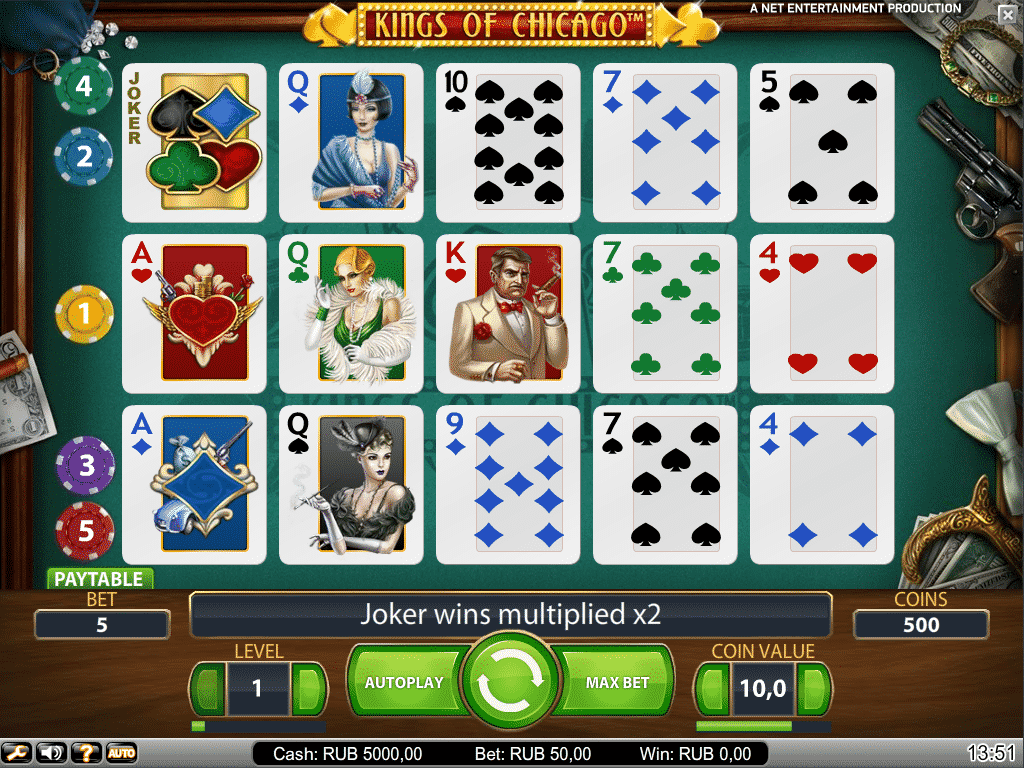