NetEnt releases another fantastic video slot on the 24th of August 2016; Secrets of Atlantis™. The theme of this game is based on the mythical lost city of Atlantis. Many believe that Atlantis is in fact real and many continues to search for it, following the hints that Plato gave in his allegory Timaeus and Critias. Atlantis is believed to have been a thriving and advance civilisation which sunk deep in the ocean! Well there are many theories out there but no one seems to have pin pointed the location of the lost city, if it even exists.

Back to Secrets of Atlantis video slot. To start with the game offers several game features, including; Nudge Wilds, Colossal symbols re-spins, Win both ways and Highlight Feature. At any given spin the Highlight feature can randomly highlight symbols on reels 2, 3 and 4 which triggers the Colossal symbols Re-Spin activation. During a Colossal symbol re-spin, reels 2,3 and 4 (middle reels) changes into one reel big Colossal symbol that blocks 3×4 symbols.  Nudge Wild can be fully or partially displayed which depends on the end result of where the reels land. The Nudge wild will go up and down to cover the whole reel. Last and not least this slot allows players to win both ways.

Recommended: Get 10 no deposit bonus spins on Book of Dead video slot!

Payout on Secrets of Atlantis™

Game Features of Secrets of Atlantis™

Preview of Secrets of Atlantis™ 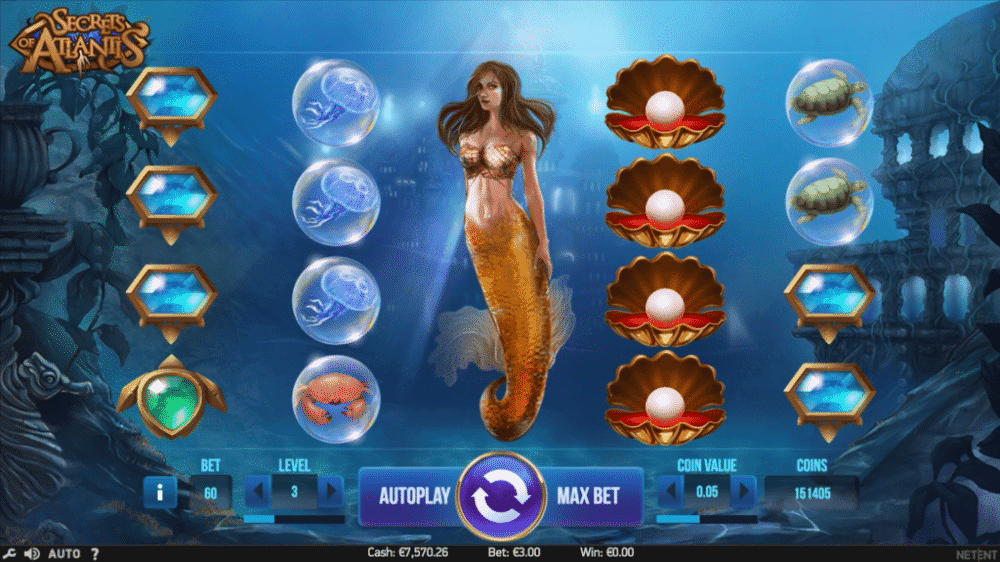 4.0/5
All Casinos
This review was written by Marie Smith
This is Marie here! A slot and casino games enthusiast. I've played and reviewed various online casino games to offer our visitors the best insights on the most popular games - www.cybercasinoindex.com