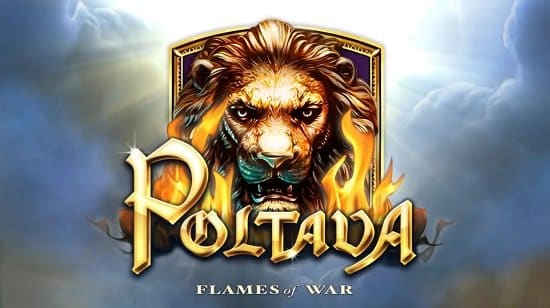 Join the epic battle of 1709 between the Swedish and Russian forces as they faced each other in what became the dramatic turning point of the long and brutal Great Northern War. The two great armies came face to face at the battle of Poltava and Russia’s Peter the Great and his army defeated the Swedish army which lead to the decline of Sweden as one of the great military powers in Europe.

ELK Studios’ Poltava – Flames of War is an online video slot that takes the player on an exciting journey through one of the most brutal battles in history. This slot machine has 5 reels, 4 rows and 40 paylines. It is packed with great player features like Marching Reels Respins, Sticky Wilds and Flames of War Free Spins.

Poltava – Flames of War have an amazing design which encapsulates the player in an adventurous war theme. The slot offers 12 bet levels and the Poltava Wild symbol substitutes for all symbols except the Lion. The game is played in two states; the normal mode which is with Marching Reels and the bonus mode with the Flames of War Free Spins.

Payout on Poltava Flames of War

Preview of Poltava Flames of War 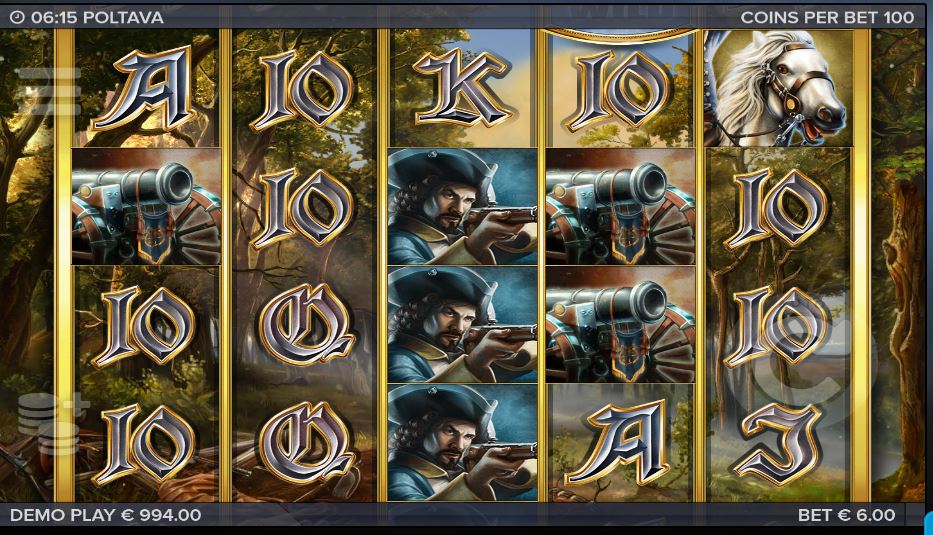