Vikings Go Berzerk is the latest video slot released by Yggdrasil Gaming on the 23rd of November 2016. This video slot is a sequel of Vikings Go Wild . The base mechanism of the game are the same as Vikings Go Wild, but during the free spin round in Vikings Go Berzerk, the player gets the chance to defeat one of the Siren Creatures. Unlucky for the Sirens when the Viking is in berzerk mode he will always defeat them and turn them into wilds! When the rage collection in the base game is filled, the player gets awarded free spin rounds.

Another game feature of this slot are the pre-free spins bonus which can award + 1-3 free spins, Starting wild, Starting wild reel, + 5 treasure chests & + 5 Golden treasure chests on the reels or RAGNARÃ–K FREE SPINS (all vikings are berzerk). The Golden Treasure chest can appear on the fifth reel and contains better coin wins, higher chance of free spins, rage boost, and the legendary RagnarÃ-k free spin mode. Whenever a Viking symbol has a win in the base game, the Viking’s rage meter will increase. When the rage meter is filled, a free spin mode is awarded with that specific Viking in Berserk Mode. This is a 5 reel, 4 rows and 25 paying lines video slot, with a payout set to 96.1% and a hit frequency of 20.9. 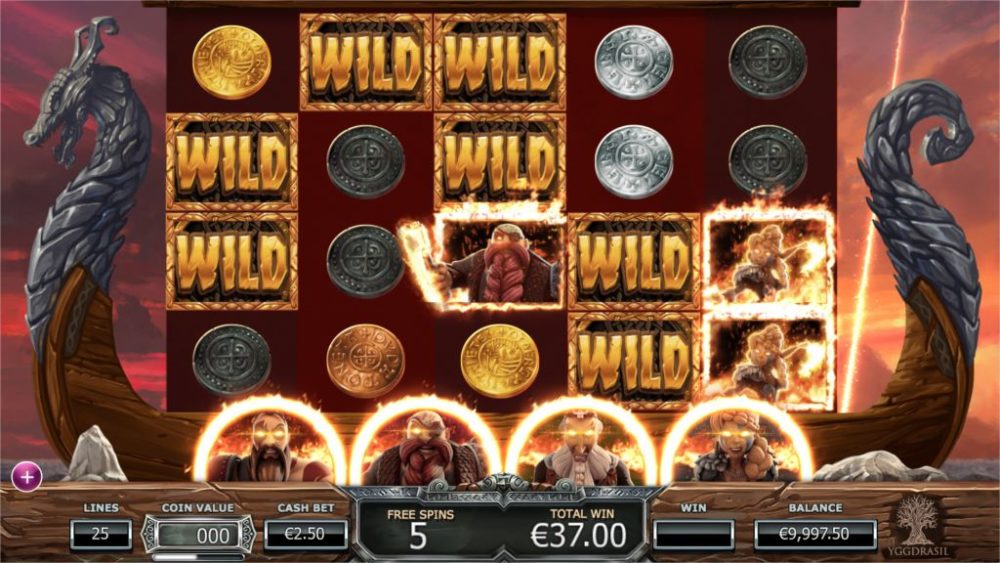